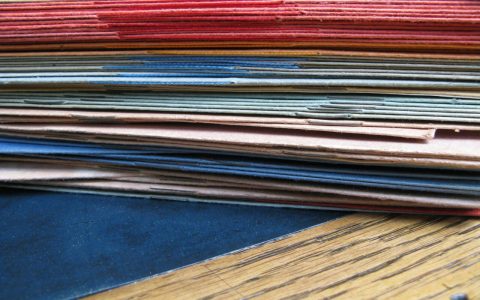 Berthe Weill (1865-1951), born into a large and modest Jewish family, started her training early with an antiques dealer. Upon the death of this mentor, she associated with one of her brothers for a while in order to open an antique’s boutique. At this time, she became the first dealer to sell Pablo Picasso’s works in Paris. In disagreement over the management of affairs however, the Weills separated quickly. Berthe Weill kept the address, 25, rue Victor Massé (in Paris’ 9th arrondissement) and associated with the artist agent Pedro Mañach in order to open the first gallery entirely dedicated to modern art in Paris, at this very address, in December 1901. Mañach, who was called back to Spain for family matters, left the enterprise after a few months of collaboration, leaving Berthe Weill to run the Galerie B.Weill all by herself.
Being the sole woman in the young contemporary art market, Jewish in the middle of the Dreyfus affair, Berthe Weill defines herself through a surprising boldness in a difficult context. She also distinguishes herself through her reliable taste in choosing the most promising among the masses of artists present at that time in the capital. She first alternates her program between emerging caricaturists and artists, and then progressively orientates herself exclusively towards young production. Thus, during her early years of activity, she was the first to exhibit Jules Flandrin, Jean and Raoul Dufy, Henri Matisse, Jean Metzinger, Georges Rouault. She stages two important exhibitions of Pablo Picasso in 1902. Between 1904 and 1905, she repeatedly exhibits the artists that will be identifies as the “Fauves” during the 1905 Salon d’Automne: Matisse again, Charles Camoin, André Derain, Othon Friesz, Pierre Girieud, Albert Marquet, Henri Manguin, Raoul de Mathan, Jean Puy, Kees Van Dongen, Maurice de Vlaminck. She will defend Toulouse-Lautrec’s painted œuvre, until then mainly known as poster artist.
In 1905, she is Francis Picabia’s first dealer, and in 1907, Auguste Herbin’s and Robert Delaunay’s. At that time, she is the only trader to exclusively bet on the new generation of artists, which she generally discovers at the Salons, and to whose members she offers a first step into the hierarchy of the art market.
Berthe Weill then makes space for the cubist avant-garde: Georges Braque, Albert Gleizes, Fernand Léger, André Lhote, Jean Metzinger and Alfred Reth among others. In 1914 she organises the only solo-exhibition of Diego Rivera in Paris.

In 1917, she presents the first and only monograph on Modigliani during his lifetime, who made a scandal with his “poils” 1 of four nudes that one could make out inside the gallery through the shop window from the street. Despite her resistance, she will be forced to take down the paintings under the threat of being accused of indecent assault, which also leads to an involuntarily abridged opening evening. In face of this scandal, no work was sold until the scheduled end of the exhibition.

Berthe Weill distinguishes herself for having given space to women artists, which she promoted equally to her male counterparts. Emilie Charmy, Hermine David, Marie Laurencin, Marthe Laurens, Sonia Lewitzka, Jacqueline Marval, Valentine Prax and Suzanne Valadon owe her their notoriety in large parts.

Other than an attraction for paintings, Berthe Weill differentiates herself by her interest in sculpture. Notable are the presence of Pierre Albert-Birot, Aristide Maillol, Albert Marque, Meta Warrick, Ossip Zadkine and Auguste Zamoyski.

Before the Second World War, the gallerist orientates herself towards abstraction by exhibiting Otto Freundlich, Etienne Beothy and again Alfred Reth.

Despite a record of particularly impressive discoveries among the Avant-garde, Berthe Weill does not manage her affairs well and never makes any fortune. In each favourable period she subsisted quite some disappointments, was notably wrongfully condemned for war-profiteering and was thus again broken in her positive momentum, on the eve of World War II.
She occupies a marginal space, simultaneously incorporating the role of a dealer and of a patron of the arts during periods of emergence of artists for which she represented the only possible resource of income. Too modest, she assisted the desertion of everybody she helped get discovered, forcing her into perpetual renewal.

In light of rising antisemitism, she organised the conditions of aryanization of her business herself by placing one of her friends on its façade, all the while continuing to manage all exhibitions on her own. The gallery probably closed her doors definitively in 1940. Impotent following an accident in 1941 her war years are not known in detail, as is the case for many Jews who managed to escape oppression by fleeing into hiding.

In 1946, from about 80 artists that she helped discover, each offered one work for sale, a sale whose receipts were given to her, which gave her financial shelter towards the end of her life. In 1948, she is elevated into the ranks of the Chevalier de la Légion d’Honneur.
She dies in her home in 1951.
Incinerated, her ashes remained at the Cimetière du Père Lachaise, but the compartment of the columbarium has since been “emptied”.

Despite a career of forty years and major exhibitions, Berthe Weill does not occupy a space comparable to that of her male counterparts in the pantheon of art history. Facing judicial sexism in her time, she decided to dedicate herself entirely to her business and to her independence. She never married and had no children. She made her gallery a political object, using the street window to communicate her political opinions. It is also necessary to recognize her editorial activities, in particular through her own journal, her gallery’s bulletin, and the publication of her memoires, in which she shared her opinions with frankness and scathing humour.

Forgotten for half a century, Berthe Weill’s course has grown to be better known in the last few years. The archives of her gallery have been reconstituted (www.bertheweill.fr) and a first biography has been published in 2011. In 2013, a commemorative plaque has been attached to the address of her first gallery, 25, rue Victor Massé. In 2018, the Prix Berthe Weill,2 which she had expressed a wish for in her testamentary disposition, was set up.